The Russians have come up with twixel's, a Russian mini version of TWIX with an orange filling.
As well as orange there are three other flavours: cherry, vanilla and triple chocolate.

Posted by supersupergirl at 08:57 No comments:

Posted by supersupergirl at 08:56 No comments:

Email ThisBlogThis!Share to TwitterShare to FacebookShare to Pinterest
Labels: icecream

Posted by supersupergirl at 08:56 No comments:

This was nice topped on plain white rice or spaghetti.
The squid was actually soft and not chewy.
There is a fair amount of red oil on top, so pour that away before serving.
Posted by supersupergirl at 08:54 No comments:

Email ThisBlogThis!Share to TwitterShare to FacebookShare to Pinterest
Labels: squid

Chocolate & raspberry
Got these from the Supermarket, which were imported from New Zealand.
I thought they were going to taste like chocolate cookies with cream in the middle, but it was actually chocolate shortbread.
The chocolate short bread was very buttery just like normal shortbread, and the creamy filling in the centre had real raspberry pips inside.
The only downside, was that it was shaped like a ball, and it was too big for my mouth.
More Molly Woppy  information and products:
www.mollywoppy.co.nz
Posted by supersupergirl at 08:53 No comments:

Fish Marinade Burger. MOS-Singapore
Posted by supersupergirl at 08:51 No comments:

Marmite with a hint of champagne. Not a huge amount of Champagne admittedly but a ‘dash’ at 0.3%.

Posted by supersupergirl at 08:48 No comments:

Posted by supersupergirl at 08:43 No comments:

Hazelnut latte porridge - I really wana try this one, but i cant find a place that sells em.

Blueberry muffin!!
Posted by supersupergirl at 08:42 No comments: 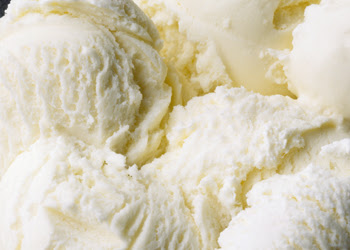 New mothers looking for a bit of extra cash need to look no further than their own assets, as a London restaurant is now offering money for breast milk – to make ice-cream.
Covent Garden company, Icecreamists, has started serving 'Baby Gaga' to customers using milk donated from 15 women who responded to an online advertisement.
Pasteurised and churned together with Madagascan vanilla pods and lemon zest, the unorthodox dessert is served by a costumed Baby Gaga waitress and comes in a martini glass at £14 a dish.
Now the company is looking for more women to provide breast milk – and are giving £15 for every ten ounces that are extracted using breast pumps on site.
New mother Victoria Hiley, 35, provided the first 30 ounces of milk, and said the concept was a great "recession beater".
"What's the harm in using my assets for a bit of extra cash?" Mrs Hiley said.
"I teach women how to get started on breastfeeding their babies. There's very little support for women and every little helps."
Mrs Hiley said the ice-cream “melts in your mouth”, and added that if adults realised how tasty breast milk was it would encourage more mothers to breastfeed.
Matt O'Connor, 44, who runs Icecreamists, said he thought there had been a very positive response to the dish so far.
"No one's done anything interesting with ice cream in the last hundred years," he said.
"Some people will hear about it and go, 'yuck,' but actually it's pure, organic, free-range and totally natural."
To uphold health standards, lactating women undergo health checks the same as those run by hospitals to screen blood donors.
Another 13 women have reportedly volunteered to donate their breast milk.
Most bizarre aphrodisiacs
5 illegal foods from around the world
10 most toxic foods 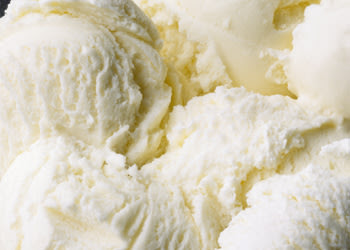 Posted by supersupergirl at 08:41 No comments:

yummy breakfast
Posted by supersupergirl at 08:40 No comments:

Peanuts are usually constricted between pairs of the one to four (usually two) seeds per pod.
(according to wikipedia)
In this case, I got three!! which is quite rare!
Posted by supersupergirl at 08:37 No comments:

Email ThisBlogThis!Share to TwitterShare to FacebookShare to Pinterest
Labels: peanut

Did you hear? For the first time in nearly 16 years, the McRib is available at every McDonald's in the U.S.! Until recently, the BBQ pork sandwich was only available for limited periods at select locations, inspiring websites for fans to track the beloved menu item down. But the McRib is not alone in its cult status. Below are 10 limited-edition foods that elicit cravings in legions of fans. Whether they're released only once a year like Girl Scout cookies, or celebrate a specific season like Starbucks' Pumpkin Spice Latte, get the facts on some of your favorite foods that are available for a limited time only. 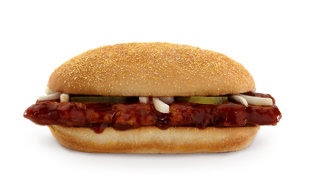 The last time the McRib was offered at every McDonald's across the country was in 1995. But from November 2 through early December 2010, this sweet and savory barbecue sandwich is available at all 14,000 U.S. locations. Over the last three years alone, the boneless meat sandwich on a sesame seed bun has hit sales numbers in the $60 million range-and that's just when it was in limited availability. It even has multiple Facebook fan pages and a McRib Locator, so we can only imagine the damage fans will do now that they can get it at any Micky D's. Photo: courtesy of McDonald's 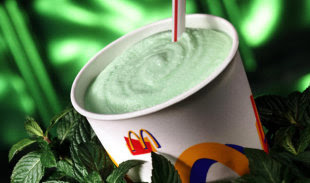 Since 1970, McDonald's has been offering this green milkshake made from vanilla ice cream and mint flavoring at select locations throughout March to celebrate St. Patrick's Day. Since it's not available every year at all locations, fans have found a way to get to it if it doesn't come to them. Enter ShamrockShake.com, which features a search tool for finding a nearby McDonald's serving the shake. Photo: courtesy of McDonald's 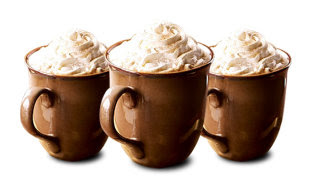 Since 2003, from October through sometime after Christmas (or whenever Starbucks runs out of syrup), the coffee conglomerate sells its famous Pumpkin Spice Latte. Served with a dollop of whipped cream, the drink is so beloved that fans have taken to writing poetry about it. To read, visit the blog Share Your Love for Pumpkin Spice Latte with a Haiku. Our favorite? I love pumpkin spice | Do not even need a cup | Connect the I.V. Photo: courtesy of Starbucks 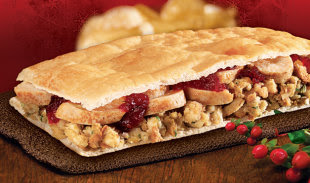 Everyone knows the best thing about Thanksgiving dinner is the leftovers, especially if they can be worked into a sandwich-thus the appeal of Cosi's Turkey & Stuffing Sandwich with Cranberry Sauce. Served during the weeks leading up to and just following Thanksgiving, the sandwich is made from roasted turkey, cranberry sauce and Cosi's signature bread stuffing. Photo: courtesy of Cosi

Discover other ways to enjoy the flavors of Thanksgiving after the holiday. 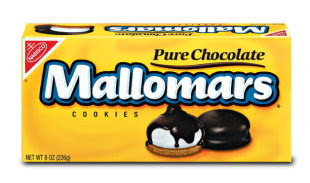 The marshmallow cookie-first sold in Hoboken, New Jersey 97 years ago-is nearly impossible to find during warm months. Back in the day, markets didn't have the storing or transporting capabilities to keep the chocolate coating from melting when it got hot. So now, even though refrigerated trucks exist, Nabisco continues to sell them only from September to April to maintain the tradition. In that short time, though, enough packages are sold to measure 480 miles-that's all the way from New York City to Detroit. Photo: courtesy of Kraft Foods Inc. 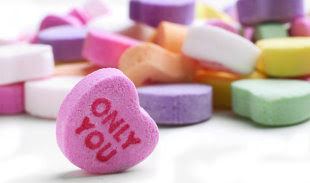 Every year since 1902, Necco's entire stock of Sweethearts Conversation Hearts, which is more than 8 billion candy hearts nowadays, are manufactured over the course of the year-and completely sold out during the six weeks leading up to Valentine's Day. The appeal is, of course, less in the overly sweet candy than the heart-thumping sentiments written onto each, which people have used to do everything from propose marriage to teach children statistics and reading. Photo: Shutterstock 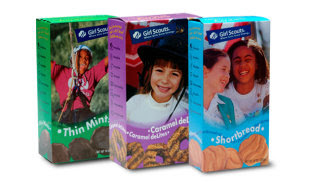 The flavors of Girl Scout cookies (Thin Mints, anyone?) are probably more well-known than the organization's goal: to help girls build character and skills for success in the real world. But the $700 million in annual business the cookies earn for the Girl Scouts of America is all that really matters. Sold only January through April, the combination of their scarcity and great taste makes these cookies some of the most lusted-after treats on this list. Photo: courtesy of Girl Scouts 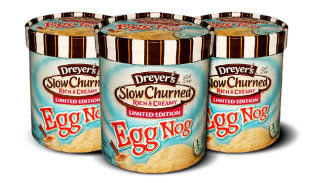 As if it's not torture enough that eggnog lovers have to wait until the holidays to pick up a carton of their favorite creamy beverage, they also have to wait for its even creamier (if that's possible) frozen reincarnation: Dreyer's eggnog-flavored ice cream, sold through November and December since the 1950s. But it's clearly worth the wait, considering the 10 million scoops Dreyer's sells during that short period each year. Photo: courtesy of Edy's 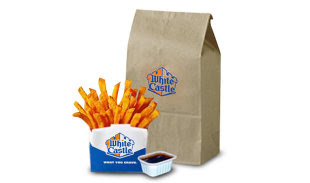 Sweet potato fries, offered seasonally at select White Castles, are all the rage, especially this year with their free saver size coupon, valid through November 30, 2010. Formerly considered almost a gourmet treat exclusive to trendy restaurants, White Castle's version has made them a widespread sensation. Or perhaps it's the tasty cinnamon dipping sauce that they're served with that makes fans go crazy. Photo: courtesy of White Castle

Posted by supersupergirl at 08:36 No comments:

Hard to separate into perfect pieces

After trying the cadbury's rocky road, this one tastes much better, it was plain chocolate and marshmallows.

The marshmallows were soft on the inside with a slight tough skin surrounding it.