An Arctic roll is a British dessert made of vanilla ice cream wrapped in a thin layer of sponge cake to form a roll, with a layer of raspberry flavoured sauce between the sponge and the ice cream.

It was invented by Dr. Ernest Velden, an immigrant from the Czechoslovakia who set up a factory at Lottbridge Drove, Eastbourne in 1968. to cope with popular demand.
However, it was discontinued by Birds Eye in the 1990s due to the lack of demand.

The Arctic roll made a return in 2008 due to the economic downturn where consumers were looking for low cost foods.

To be honest, I have tried other brands before but Birds Eye has to be the best. 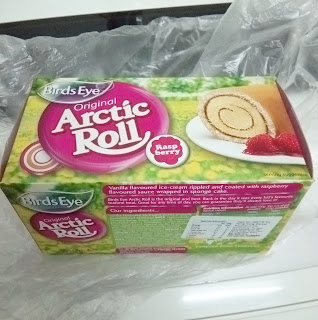 The roll is best eaten about 5 minutes after it is taken out of the freezer because the texture of the ice cream and roll is soft.
Everything was in perfect harmony as the thin layer of sweet raspberry jam worked with the vanilla ice cream and sponge which was not too sweet. 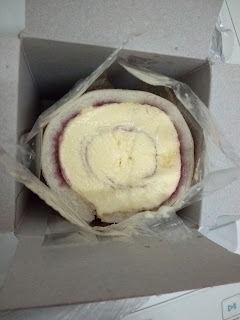 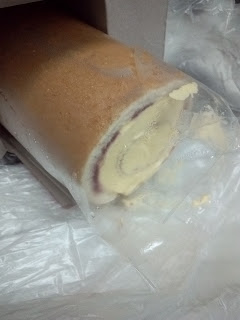 The combination of ice cream and sponge cake was just delicious! 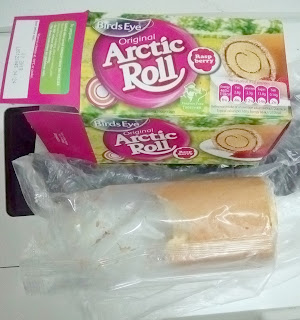 Posted by supersupergirl at 10:21 No comments:

I thought it was the Rose Water by Watsons Water.
Watsons Water is a brand that supplies distilled and mineral water.
Last year, they launched Rose Water in a Pink Bottle.

When I took a closer look, it turned out to be Sakura Honey Water in a similar design but this time the plastic was not see through was opaque. 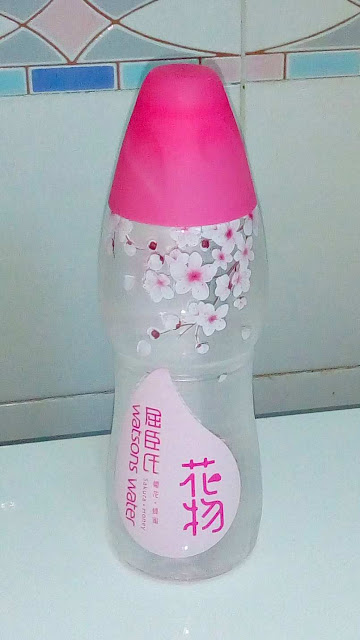 The barcode at the back was pretty. 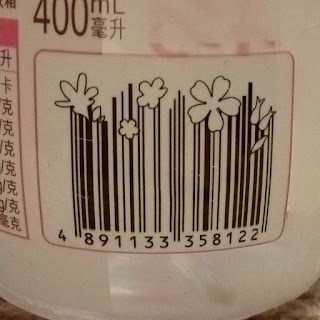 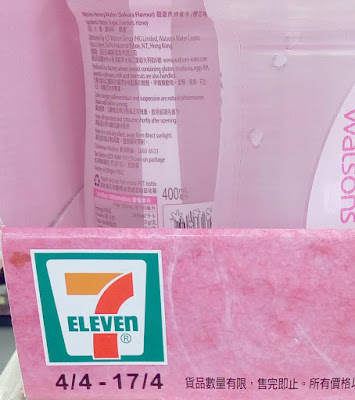 Posted by supersupergirl at 10:05 No comments:

Email ThisBlogThis!Share to TwitterShare to FacebookShare to Pinterest
Labels: drinks

Tried some Kiwiberries which are mini Kiwis without the fuzzy skin.
You can practically just pop them in your mouth and they are juicy and sweet. 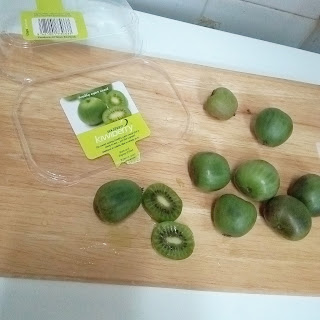 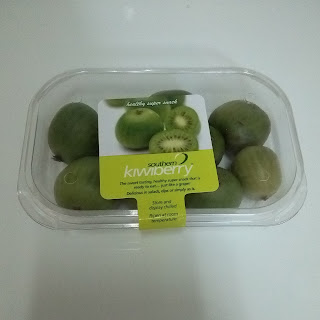 Posted by supersupergirl at 09:48 No comments: