Farls meaning quadrant-shaped flatbreads and cakes, traditionally made by cutting a round into four pieces.
You will find Irish Soda Farls or Potato farls.
Personally I love potato farls because I am a fan of anything that is made with potatoes.
You eat them by putting them on the griddle with butter but I toast time.
They are similar to gnocchi but much softer so having melted cheddar cheese with them tastes amazing!!
The Rankin Irish Potato Slims are rectangular which fit the toaster nicely.
They tasted great toasted and topped with melted cheese and marmite butter. 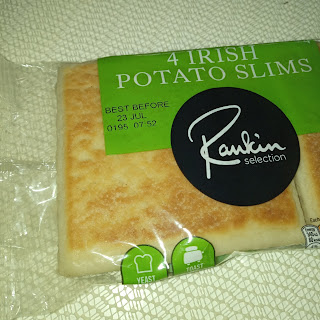 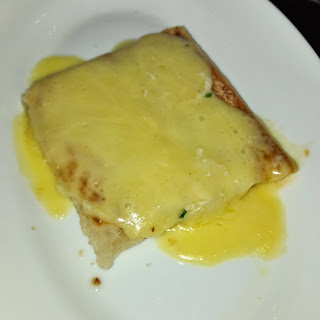 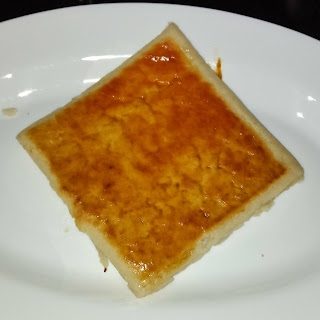 Posted by supersupergirl at 17:29 No comments:

Email ThisBlogThis!Share to TwitterShare to FacebookShare to Pinterest
Labels: potatoes

Rustlers burgers have been around for ages since 1999 and going strong.
When they first appeared, there were only a few options but the now range is bigger and better with chicken, ribs etc.

It is not my first Rustlers Burger but decided to post it since I have not posted any Rustlers burgers before.

I got the Rustlers Southern Fried Chicken Burger.
Instructions are simple, you just toast the burger buns and microwave the patty for one minute.
The sauce is in a separate sachet and you can put as much or as little as you want but since it is mayonnaise I used it all on the burger.

Instead of toasting the burger buns, I microwaved them for 20 seconds because I like them soft and fluffy.
You get that lovely sesame bun smell when you put them in the microwave like the smell you get unwrapping your McDonald burgers.
On the contrary, I thought the chicken would taste better if you toast it rather than microwaving it.

Overall, I was really impressed with the taste especially the Southern Fried coating which had a hint of spices and black pepper that went well with the creamy mayonnaise.

I hope to try other burgers in the range but sometimes it is difficult because you have to go to the bigger stores. 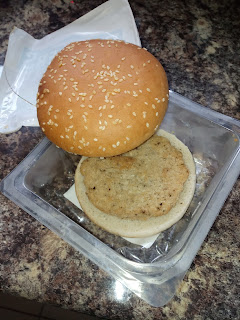 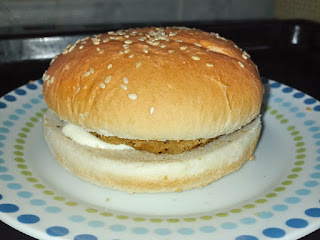 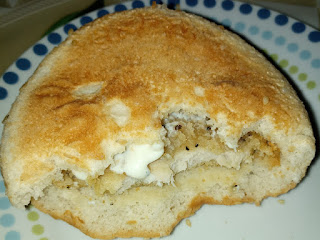 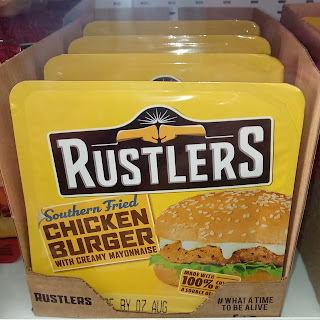 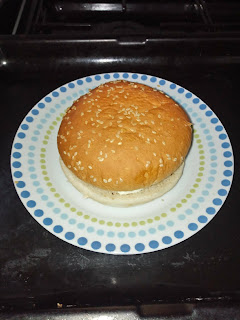 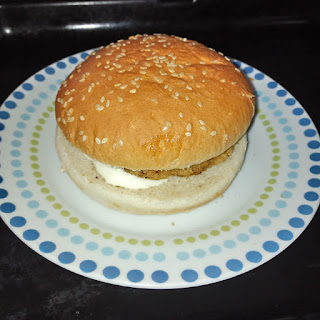 Posted by supersupergirl at 17:27 No comments:

Email ThisBlogThis!Share to TwitterShare to FacebookShare to Pinterest
Labels: burgers

A while ago I tried Morrisons goats cheese tart so decided to try Marks and Spencers Classic Caramelised Onion & Soignon Goat's Cheese Tartlets for a comparison.
The puff pastry for this was light and beautiful and it was topped with two generous slices of Soignon Goat's Cheese and Caramelised onions.
However I found it a bit too sweet because of the onions but overall not bad. 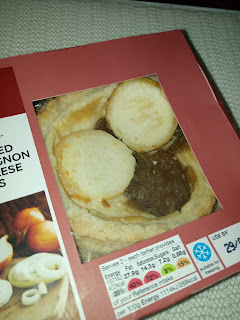 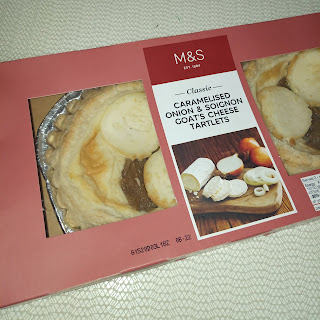 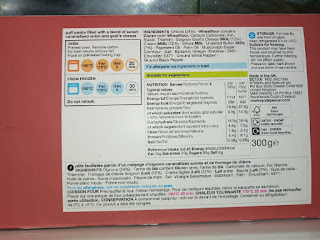 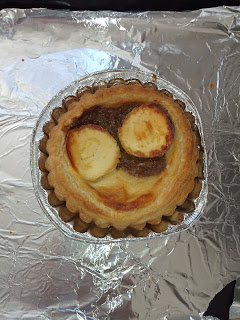 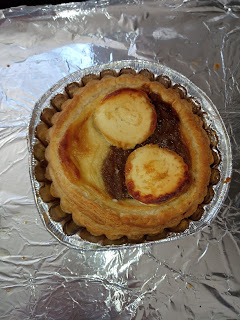 Posted by supersupergirl at 13:18 No comments:

The Hand finished quiche at M&S takes their quiches to the next level.
A while ago I tried the Hand Finished chorizo and pepper quiche which was amazing so this time tried the Cheddar, Emmental & Caramelized Shallot Quiche which is basically a jazzed up cheese and onion quiche with the use of caramelized shallots and Emmental.
The taste of this quiche was delicious as expected and the carmelized shallots gave it that extra sweetness to go with the cheesyness.
Overall, another delicious quiche option. 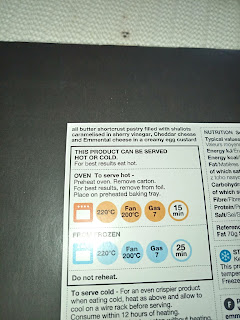 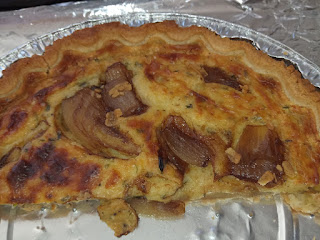 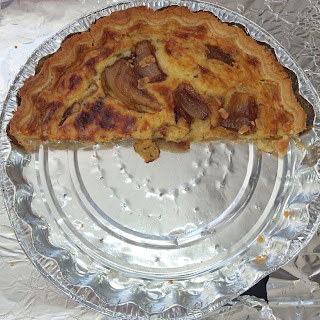 Posted by supersupergirl at 12:53 No comments:

Email ThisBlogThis!Share to TwitterShare to FacebookShare to Pinterest
Labels: Marks and Spencers, quiche

Lemon Meringue is a baked pie made with shortcrust pastry with lemon custard filling and a fluffy meringue topping.

It is served at many restaurants but due to lockdown I got it from M&S.
The portion is big and serves 6. 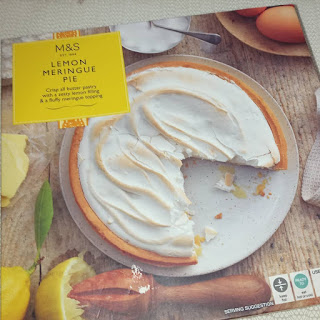 I liked the way the meringue was fully protected with card. 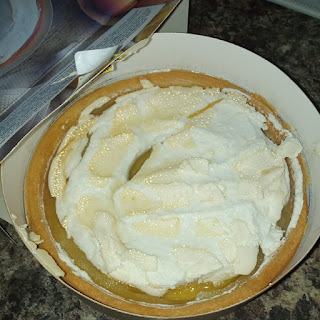 The pastry was well executed as it held together well when it was cut giving a perfect slice.

It was topped with generous meringue and a reasonable layer of refreshing lemon curd.
The lemon meringue was sweet as expected but if it is too sweet you can just eat less of the meringue.
Definitely worth getting if you are having a gathering or party. 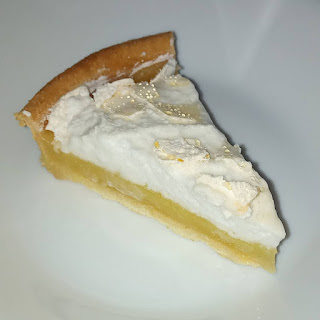 Posted by supersupergirl at 12:34 No comments:

Email ThisBlogThis!Share to TwitterShare to FacebookShare to Pinterest
Labels: lemon, Marks and Spencers 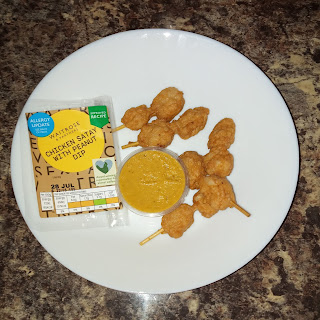 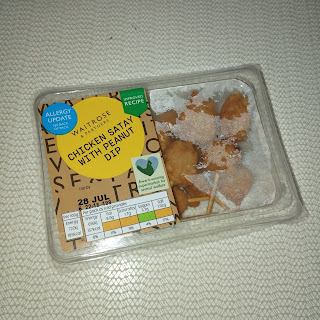 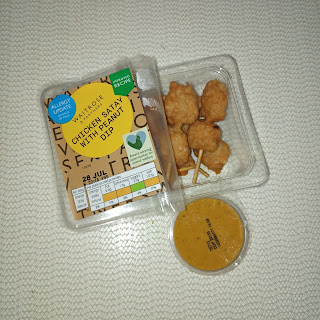 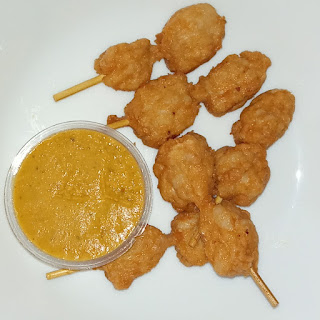 Posted by supersupergirl at 13:56 No comments:

Email ThisBlogThis!Share to TwitterShare to FacebookShare to Pinterest
Labels: Waitrose

I love crumpets which are readily available at every supermarket these days.
Thanks to instagram, crumpets come in different cute shapes like unicorns, hearts, stars, rabbits, Christmas trees, flowers, ghouls and teddy bears.
I was captivated by the Teddy Bear by Lakeland Bake so tried it.
Overall I had fun decorating and taking pictures of the crumpet and it was delicious as well.
The next crumpet I want to get is the star shaped crumpet. 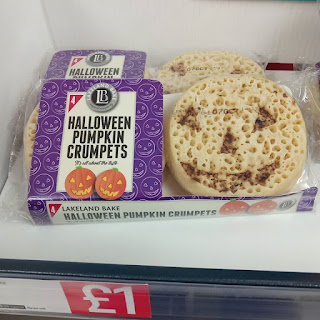 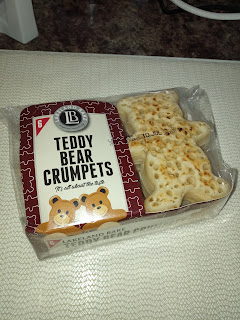 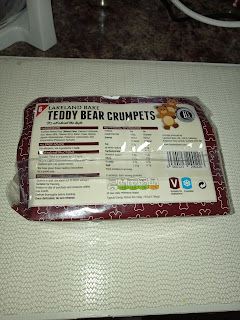 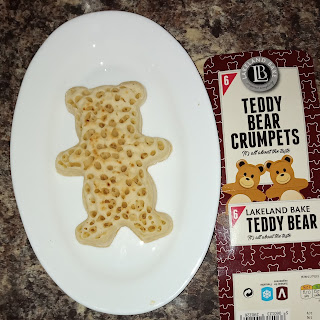 Posted by supersupergirl at 13:21 No comments: