I was surprised to see instant wontons because they usually come frozen or freshly made to be cooked. 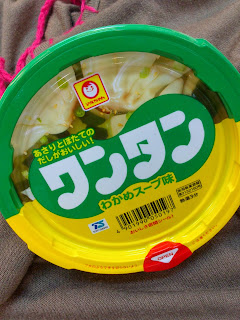 There were quite a few flavours but I got the one with seaweed because I like seaweed. 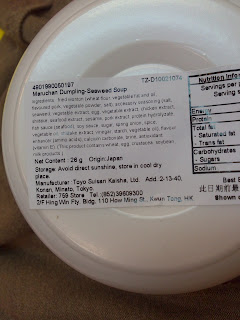 Basically it contained dried wontons and a sachet of soup base. 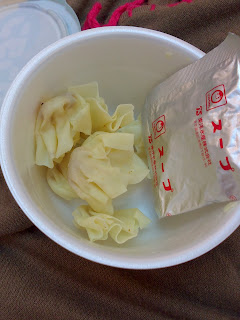 It was simple to prepare, just open the lid, put the sachet of soup on the bowl, and add water to the line! 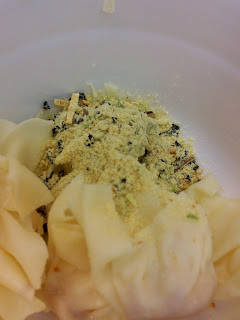 After a few minutes, the wontons were soft with pieces of shiitake mushrooms and seaweed floating in the soup. 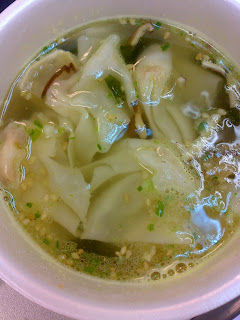