I have always been intrigued by this fruit and did not know what it was until I finally tried it.

It looks like a lychee, so I assumed you had to peel off the shell and eat the berry inside, then later I found out that the whole berry is eaten except for the stone so I decided to get it because there is nothing to peel off.

The taste was unique at first. Then it reminded me of pink grapefruit.
The berry is made up of liquid filled pins similar to a grapefruit but without the white skin protecting it.
In the centre there is a stone.
After trying a few, some were sweet and some were very tart.
The tart ones tasted like grapefruit and the sweet ones like a sweet berry. 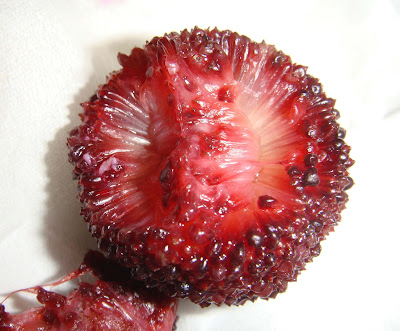 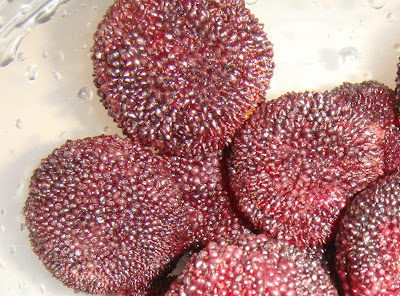 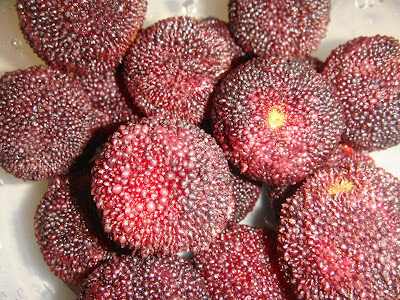 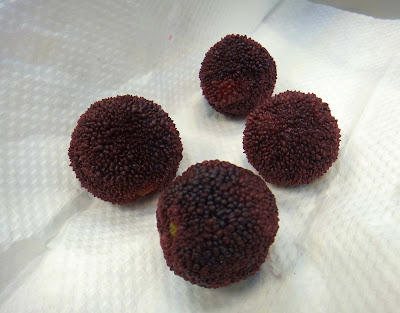