Approaching the end of the year to January, many restaurants and shops will be launching vegan foods for #veganuary .
I like the way Coughlans has the vegan steak bake way before Greggs which I will try later. 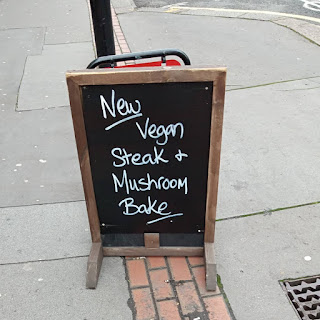 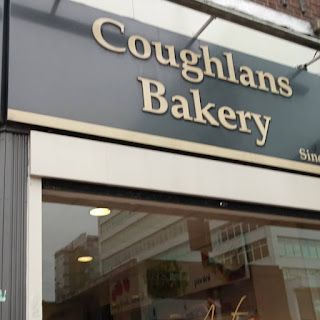 As well as the Vegan Steak Bake, they also have the Vegan three cheese and onion pasty which I didn't get the chance the try as I was not in the area.

The Vegan Steak Bake at Coughlans has sesame on it to distinguish it from the the steak bake.

The price of this vegan steak bake is £2.95 which is slightly more than Greggs at £1.55 according to online media photos. 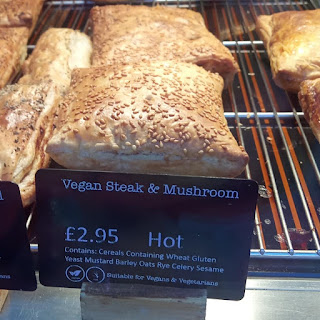 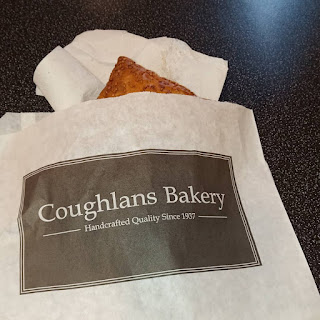 Anyway, when you bite into the vegan steak bake, the pastry is just as good as any pastry in the sense that it is crisp and flaky.
It took me a while to get to the centre of the bake but I was greeted with a lovely gravy loaded with mushrooms and vegan steak.
The vegan steak pieces was tasty and the texture was like firm bouncy tofu that is just the right bite without being too rubbery so overall I really enjoyed this vegan steak bake. 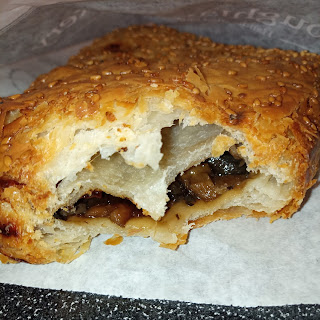 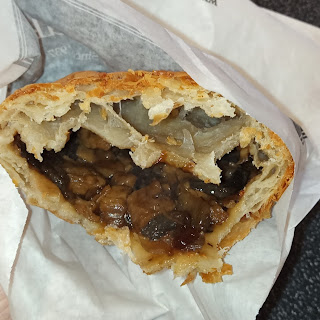 Sadly, Coughlans was closed on Sunday so I didn't try the vegan cheese and onion as well as the Vegan sausage and leek. 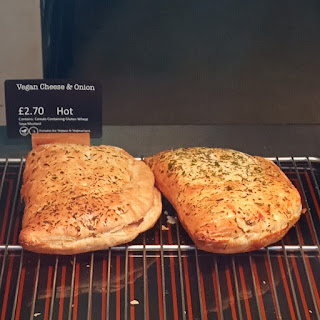 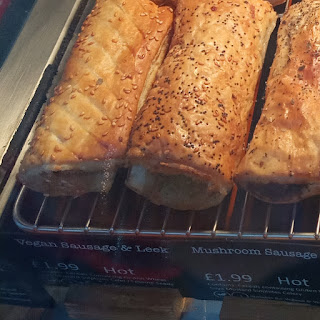 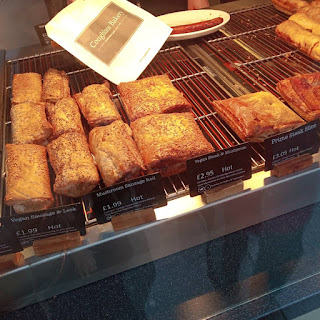 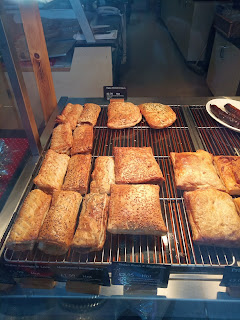 They also have other captivating treats like Butterscotch yum yum and the iced apple lattice. 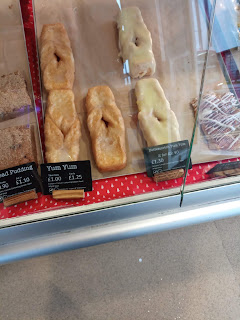 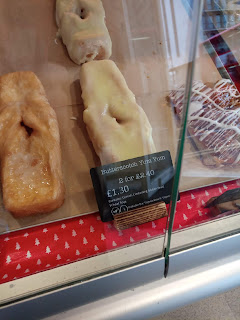 Will definitely give them a try when I am next in town!

Email ThisBlogThis!Share to TwitterShare to FacebookShare to Pinterest
Labels: vegan