As a foodie who has tried lots of Chinese roast in Hong Kong, I thought it would be an interesting experience to try Three Uncles in UK which specializes in quick chop chop just like GOOD BBQ.
I believe there will be more like this coming be it standalone shops or at boxpark type units.
Three Uncles is situated on a small lane in Liverpool street with a few seats that offer quick dining for people who work in the area. 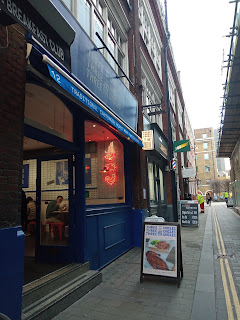 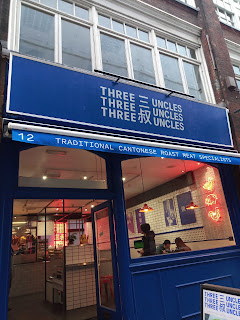 Upon arriving, you will see the roast meats neatly hung on the chopping corner.
The chicken was plump, the ducks were good and visually they looked delicious without stuff dripping off it like the greasy oily roasts you see in Hong Kong. 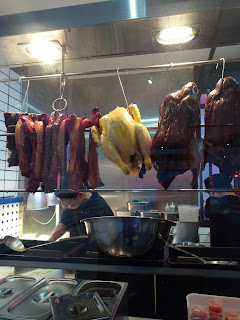 Saying that, the oily goodness is the good stuff but visually off putting.
The staff were wearing gloves which makes it hygienic. 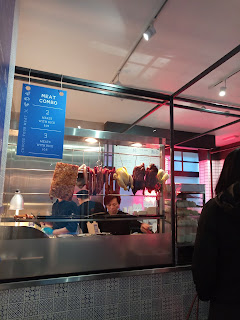 As for the decor, it was modern tiles with a touch of royal blue, at the counter there is neon logo of the name. 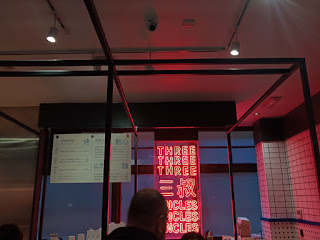 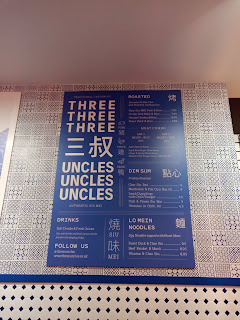 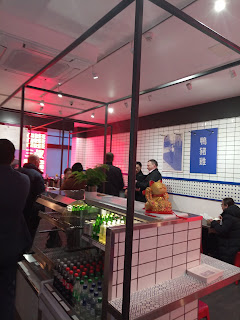 I also like the black framing which gives its some invisible structure that defines space without being intrusive.

Ordering is simple as you just choose your meat combo but it could also be hard if you want a bit of everything.
Dim sum is also available which can be seen in the cabinet. 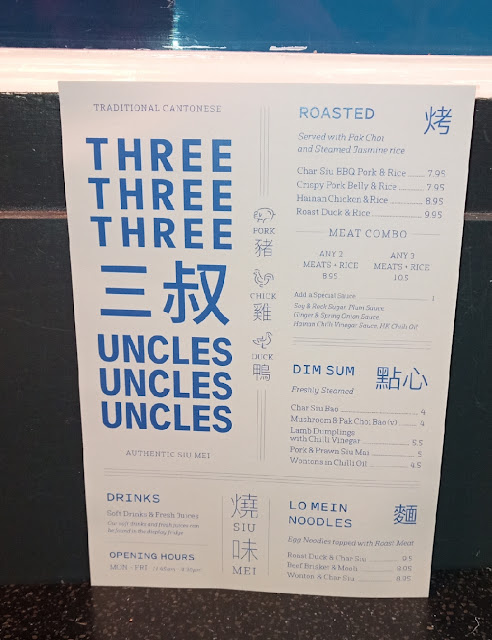 Ordered the Hainan Chicken and the Lo Mein noodles.

Both came in a white box lined with paper just like the modern roast GOOD BBQ which changed the way of roasts in Hong Kong.
It made Chinese roast more presentable to tourists and corporate catering for offices in the city.
This is what makes it successful because it looks neat and clean without making your fingers greasy.

In terms of food, I was impressed with the Hainan Chicken as the chicken was succulent and tender. 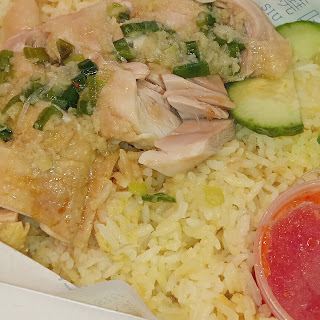 The spring onion sauce that complemented had a good punch while the chili sauce had a nice spicy kick without being too sweet. 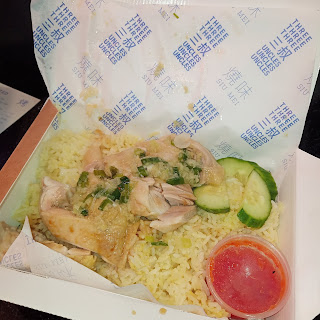 As for the noodles with wontons and roast pork, I thought the roast pork visually looked like roast belly. 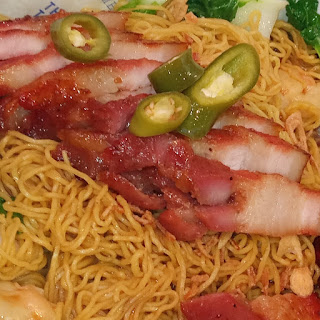 On the other hand, the noodles were good but got saltier towards the end. 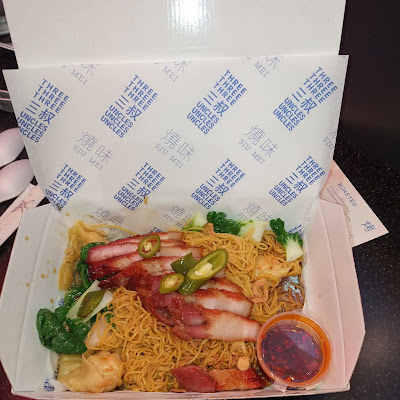 To summarize, it is good to see Three Uncles take Chinese Roast to the next level and hopefully see more branches before someone follows like CHOP CHOP followed GOODBBQ.