Debenhams Cafe has been in Eastbourne since I don't know when but sadly quite a few stores are closing down nationwide including Eastbourne.

At Debenhams Cafe they serve breakfast, lunch in a traditional British Cafeteria style where you order what you see. 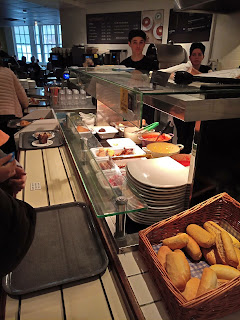 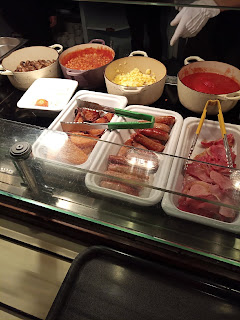 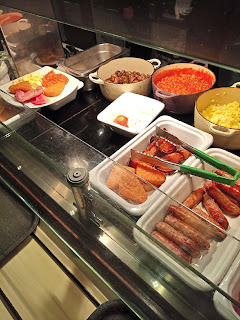 Photo taken the previous day with bubble on the left. 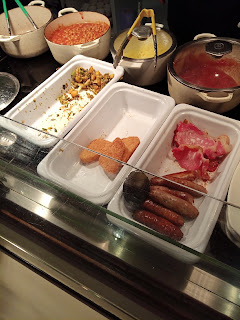 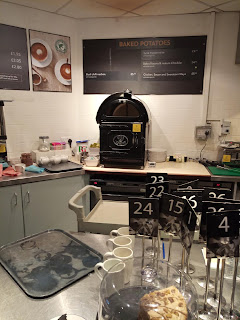 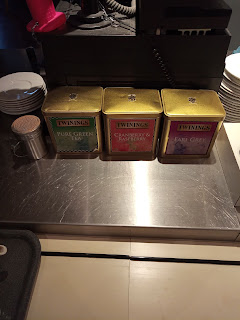 As they are closing down, I went last time for breakfast.

Previously dined here in my younger years but sadly I didn't take photos.

I was late so many items had run out including the bubble which was served the previous day so I settled for 4 items with an extra black pudding. 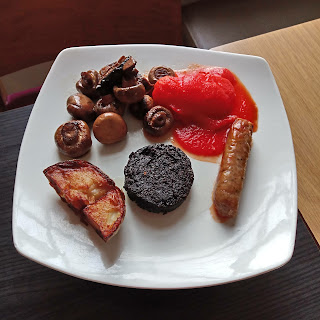 Overall, it was your usual breakfast fare with a lovely view of town through those wooden pane windows. 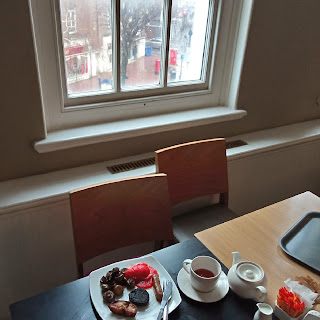 The blurred edges of the glass transom windows added to the ambiance which you won't find in modern eateries.

Email ThisBlogThis!Share to TwitterShare to FacebookShare to Pinterest
Labels: breakfast