Sausage rolls are a popular pastry in the UK.
Fortunately, they now do Vegan sausage rolls which means vegans can get their fair share.
The ones at Greggs are made with Quorn and the price tag is only £1! 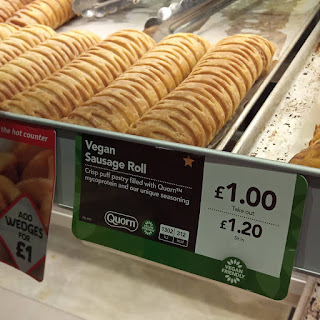 Queues at Greggs are endless so I seized the chance and got one when there was a quiet moment.

I was super impressed after taking a bite.
The pastry was lighter and not as oily.

The taste of the vegan sausage filling was exactly like the real thing with a salmon colour.
The texture was definitely like the real sausage roll but I would describe it like pink slime but not as oily as the meat sausage which I also tried for comparison. 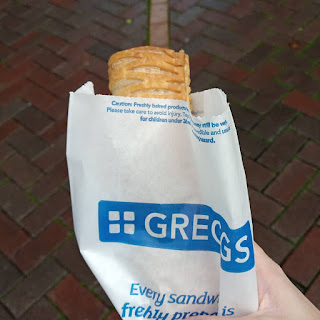 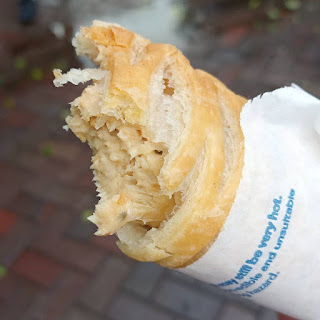 Greggs Sausage Roll:
After trying the vegan sausage roll, the meat version was definitely heavier and the pastry was more oily. 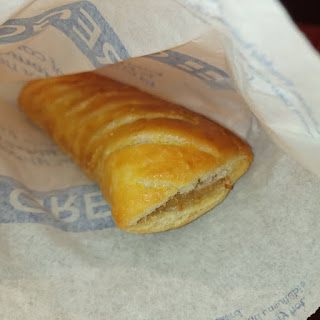 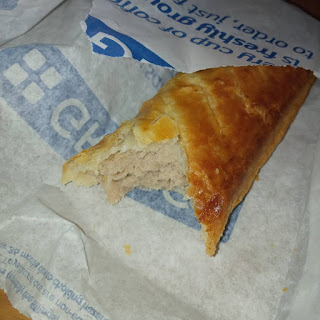