Nissin is a famous brand of Japanese cup noodles and now they have potato crisps which are the same flavour as their cup noodles. 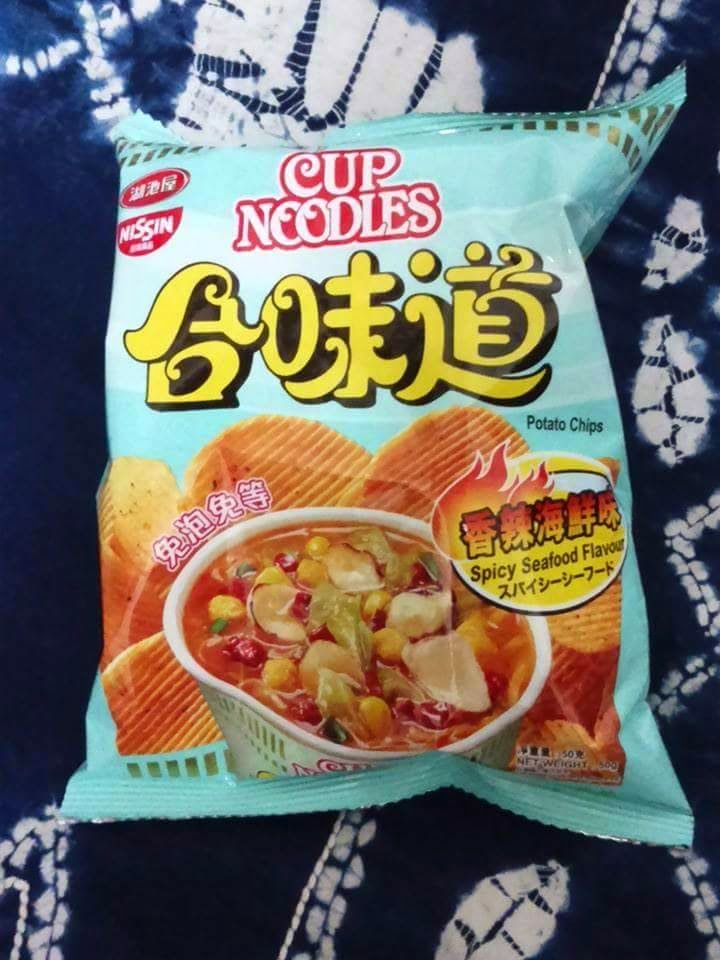 The one I got was the Nissin Spicy Seafood Flavour potato crisps and there was also a sesame one but it was sold out. 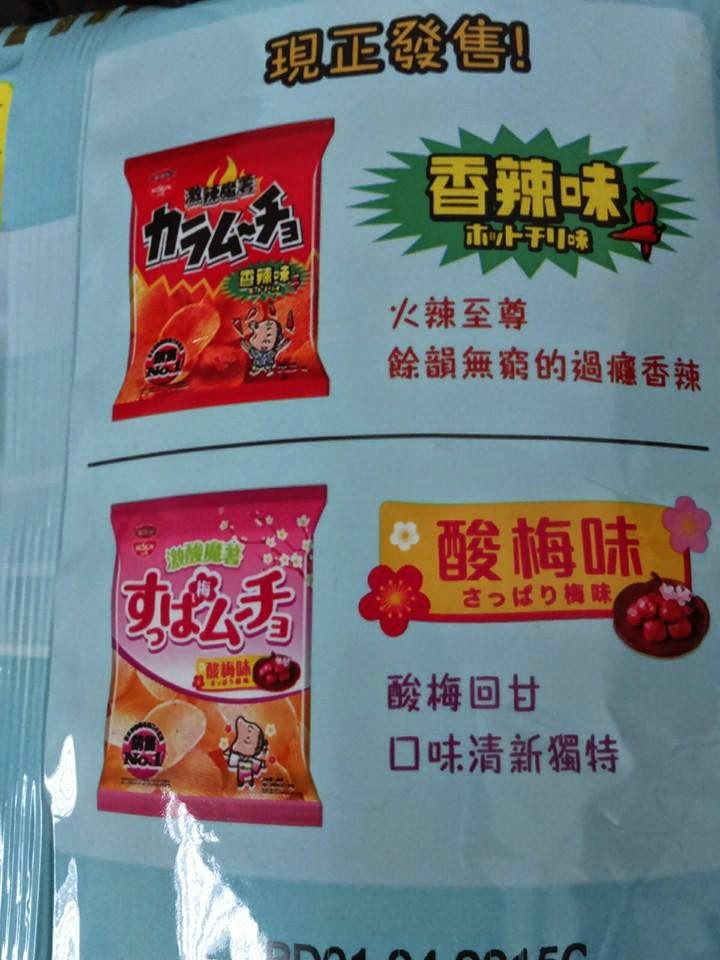 The crisps tasted the same as the noodles but the spiciness was much stronger and you could taste the intense octopus flavouring. 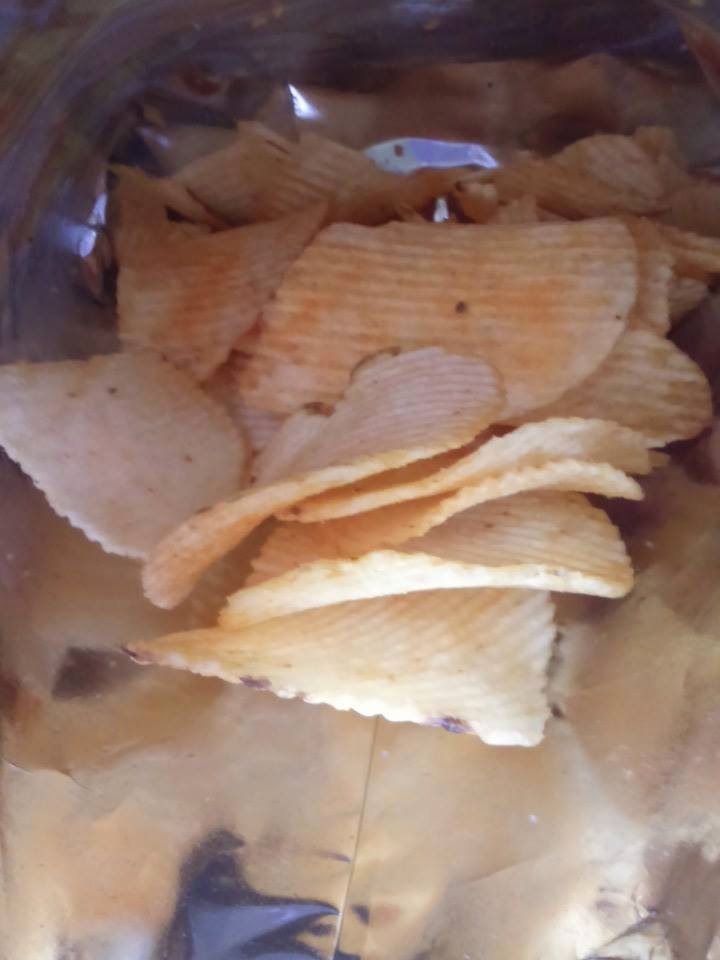 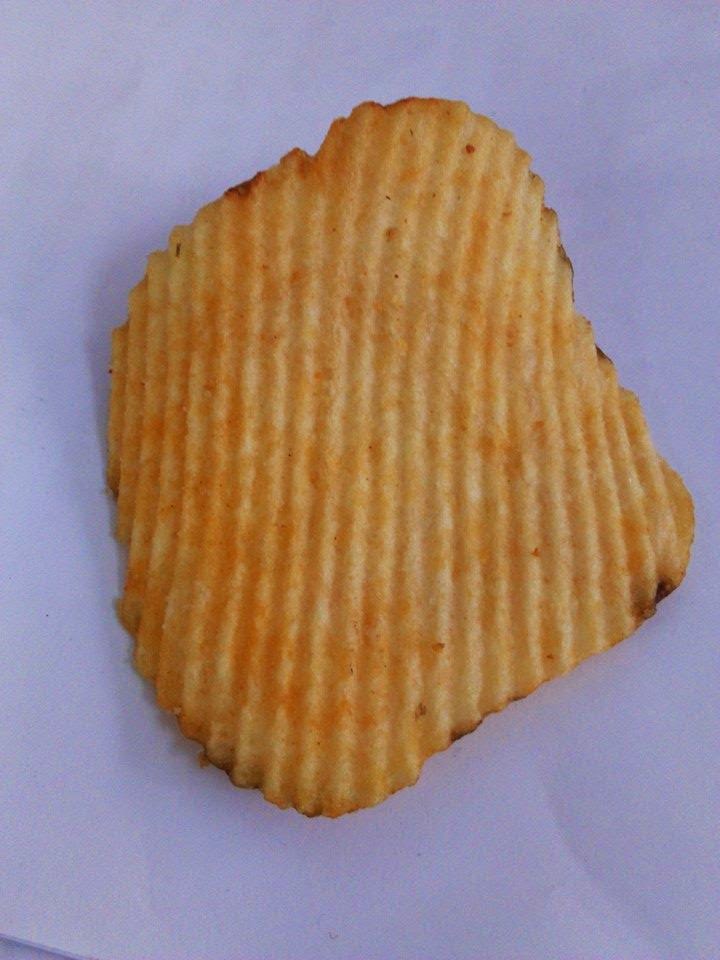