Got this from someone who went to Universal Studios in Japan.
Apparently they come in a box of four.

On the labelling it actually says MINI MENS and you will notice there is a banana after the word Noodle. 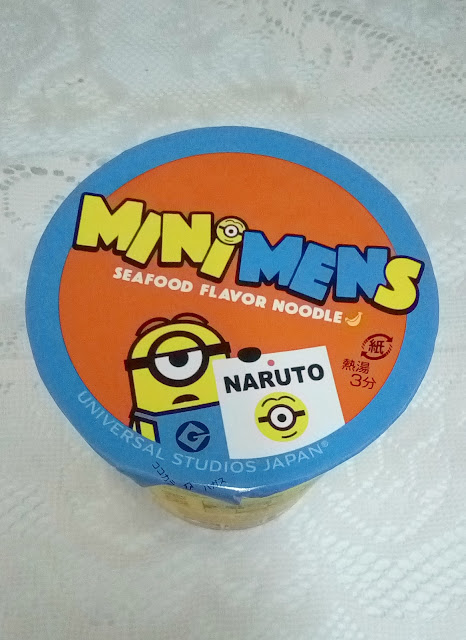 More photos of the cup noodle. 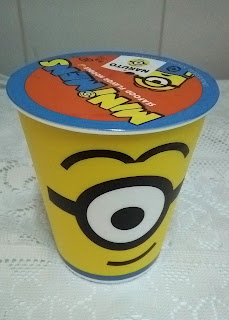 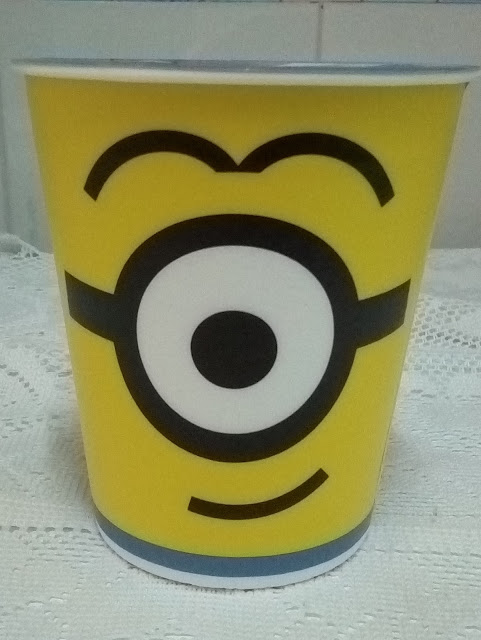 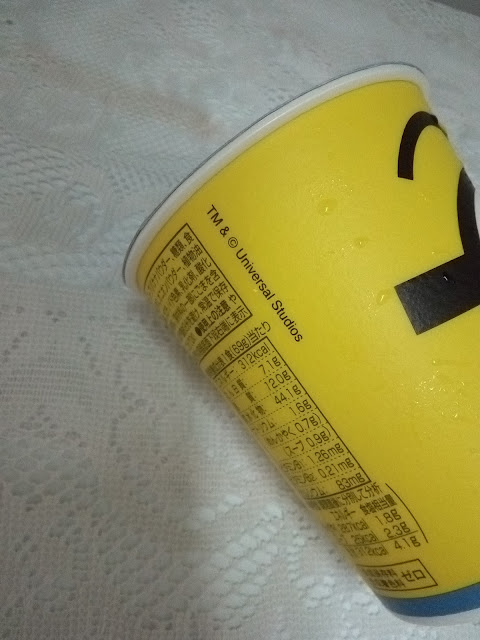 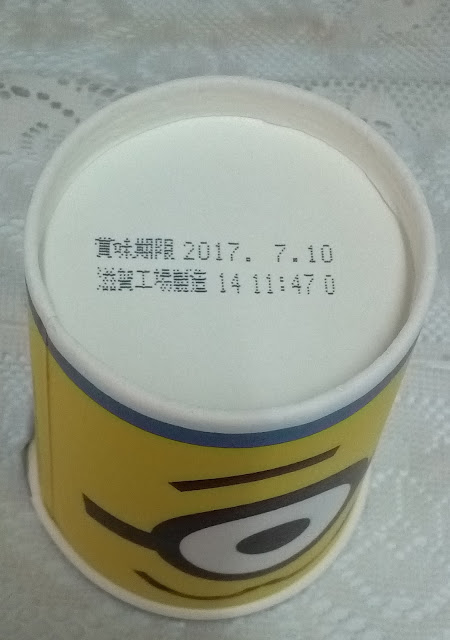 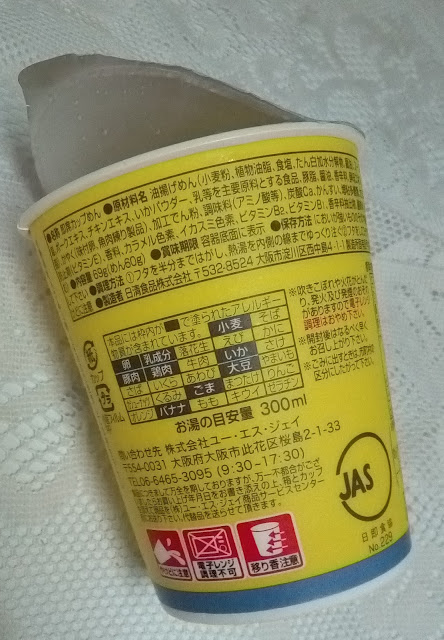 When you peel back the lid, there is a smell of banana which smells the same as the sweets Banana Chews. 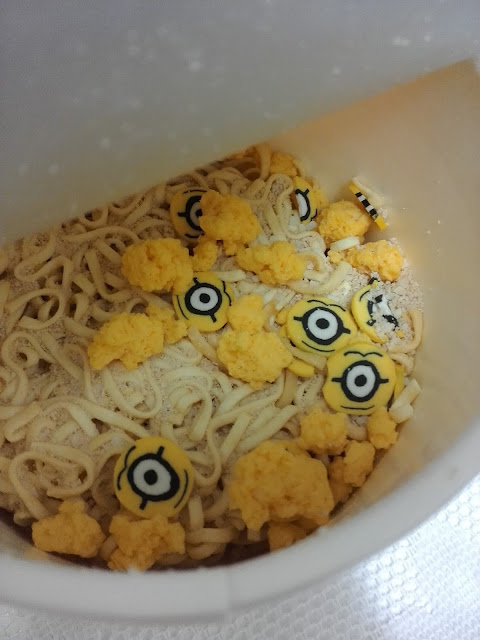 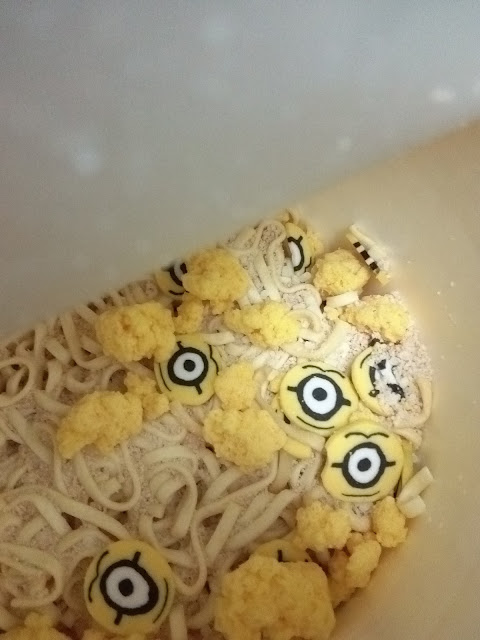 There are bits of egg and Minions.
They basically taste the same as the usual Nissin Seafood noodles with an interesting aftertaste of those Banana chews. The noodles are very silky as well. 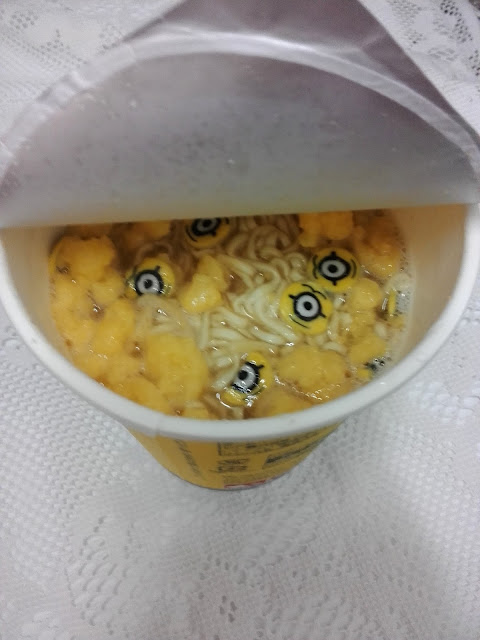 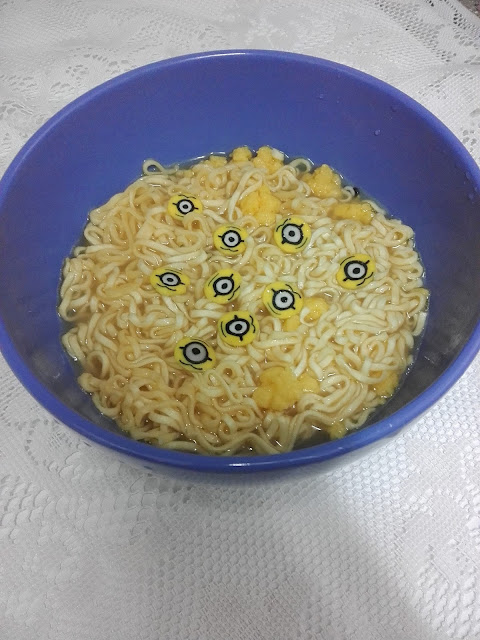 Overall, they were quite nice and the banana wasn't that off putting.