As I am British I never knew that the American version of the Milky Way was different until I came across it elsewhere.

The British version has always been a blue wrapper with stars just like a milky way and American version is larger made of chocolate-malt nougat topped with caramel and covered with milk chocolate and is very similar to the Mars bar.
Anyway, I managed to get my hands on the US version so I chose the Midnight because it is covered in dark chocolate. 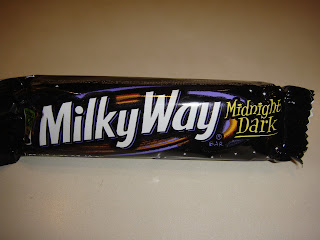 On biting it, the filling is distinctively clear with two layers, a caramel layer and a white layer. 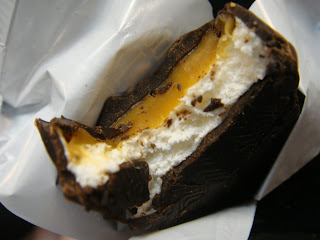 The taste was really nice and similar to a MARs bar.
Posted by supersupergirl at 09:07